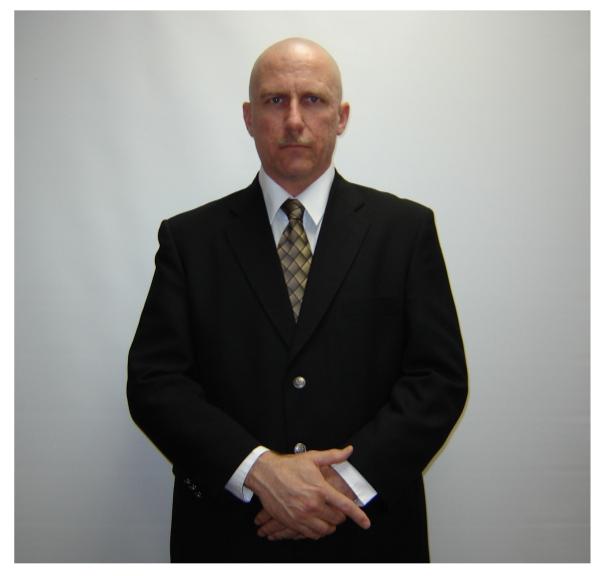 Jeffrey A. Cook began his martial arts career in Judo and Aikido in 1979 at the age of 17 in Gainesville, Florida. As a member of the United States Judo Association, he successfully competed in local and AAU-sanctioned events, including a Bronze Medal in the AAU United States Junior Olympics.

After moving to Sarasota, Florida in the early ’80’s, he continued his judo training, and for a short while in aikido (approximately four years). He also began receiving intense private instruction in White Dragon kung fu and Taekwondo.

Always hungry for more techniques and training methods, he moved on to Wado Ryu Karate and Shinto Yoshin Jujitsu, which were taught by the same instructor. This period of his training had a tremendous impact on Jeff. Although elements of all arts he trained in are evident in his style, this training profoundly influences his current approach to martial principles.

While being completely immersed in his study of Wado Ryu and Shinto Yoshin Jujitsu, Jeff also began earnestly training in Shuri Ryu Karate, and picked up many more valuable lessons. He shortly reached black belt level in this style, and became certified in the Christian Karate Association.

Wabujitsu™ International and the hombu dojo were founded in 1996. Although competition is not emphasized nor encouraged, the club has produced tournament champions in Kumite, Jujitsu, and Traditional Kata. The latest competition in which Wabujitsu was represented was the U.S. Open 2000. All Wabujitsu™ competitors placed in the top three in all entered events.

Wabujitsu™ International has students across the US, including a club in Los Angeles, CA. led by J. Nicole McDargh, and a club in Brandon, FL led by Michael Pancer.  In addition to overseeing the instruction at the clubs, Jeff provides seminars across the country in traditional martial arts as well as a very popular down-and-dirty combatives program. He is also heavily involved with Canemasters International, and has been awarded the level of Canemaster by his friend, mentor and instructor of the cane, Master Mark Shuey, the founder/president of the organization. Jeff and Master Shuey collaborated on a project, which resulted in the production of a popular training video for Canemasters on the use of the mini-cane for law-enforcement and security use.  Additionally, Jeff assists at various local judo dojo with instruction and tournaments.

Early on in his martial arts career Jeff joined the military. His exposure to Army training has tremendously enhanced his skills as a teacher and leader in the martial arts. Among his numerous military accomplishments, he has achieved US Army instructor certification, is a certified Master Fitness Trainer, and is a certified Modern Army Combatives Program instructor. He is also an expert in the use of various military weapons and weapons systems. Jeff is a senior non-commissioned officer.

In addition to his military job, running his organization, and conducting national seminars, Jeff ran his own security consultation service for 15 years.  He provided consultation services for very high-risk civilian events and also executive protection services. This experience has also tremendously impacted the way he approaches martial arts. Jeff has survived numerous violent encounters involving the use of deadly force in this line of work, and applies that experience to his training programs.

Jeff is a Certified Examiner and a Certified Referee for the United States Ju-Jitsu Federation.